Neuro Clarity is a nootropic that promotes itself as a nootropic that mainly focuses on improving your, well, clarity. As we’ll see from its list of ingredients, it has substances in its chemical formula that help (or at least, should) with other things as well such as anxiety, depression and general mood improvement but if you’re banking on Neuro Clarity helping you with any of these, you’re looking at the wrong nootropic. Those are things which even Neuro Clarity states in its advertisement that are not its main focus and only happen somewhat like a side effect at certain people. As previously mentioned, the key selling point of this nootropic is its advertised clarity improvements. With a Moto like “Do more in less time”, it says that it helps the brain “switch gears” from working to not working, more specifically, functioning as a form of neurological adaptogenic supplement for your brain to help it achieve the desired focus and concentration when required within a moment’s notice, or at least have an easier time doing so. The clarity of mind which it says it provides should, in theory, make you feel better and whether down the issues you might have such as work or study anxiety.

It also says that it helps with the regulation of the blood flow within your brain due to certain ingredients included in its formula, making your brain “more properly nurtured”.
This strikes me somewhat odd as when nootropics start to focus on things such as “keeping your brain rejuvenated” as their marketing point, it really pokes the skeptic side of me as it’s rather odd for a nootropic to accent one of its aspects so highly when such a thing is realistically a low priority function on the list of things that a nootropic should do and is by standard a default in all quality nootropics (as a metaphor, it’s like saying that your kid’s going be an athlete just because it can walk up straight by the age of two).
To further solidify my point, one of the other slogans of this nootropic is “Beat your competition”, marketing the fact that it doesn’t matter if you have an exam, a job interview or a sports match you need to win, the clarity of mind that this nootropic (should!) provide will help you decisively put out your best, while also highly value the fact that within its chemical formula there are no real/hard stimulants (which is true as we’ll shortly see).

Marketing a nootropic as a “power through” pill while also stating that it’s not a stimulant is rather an antagonistic statement, as both of the things it says it does are naturally mutually exclusive. This is more and more starting to sound like one of those “Lose 20 pounds in just one week without the need to cut off your arm” type of diets, but I’ll keep an open mind. Let’s move on to the included ingredients and see what they do, how well they do that and how holistically the chemical formula intertwines all of them to fulfil the pill’s purpose.

The ingredients from which Neuro Clarity is made (clinically tested) are the following; 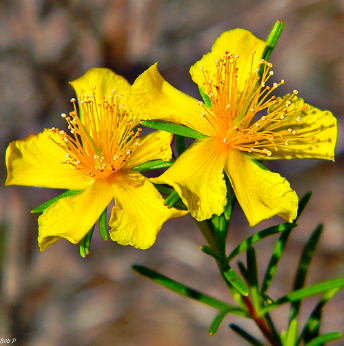 • St. John’s Wort is an extract that’s mostly used to treat mood disorders and help with mood irregularities such as anxiety and depression; however, as previously mentioned, the main focus of Neuro Clarity isn’t mood regulation so naturally, the amount of the extract in the nootropic pill itself is rather low. However, Neuro Clarity isn’t marketed as a nootropic that cures depression so without being quick to judge, we can say that it’s a side ingredient that should provide some “extra benefits” on top of its main purpose.

• Phosphatidylserine is a generic phospholipid included in all quality nootropics which helps with the preservation of the overall cell membrane healthiness. This directly correlates with improved concentration, memory and ability to recall. Nootropics that don’t include this compound shouldn’t be allowed to call themselves nootropics as overriding the inclusion one of the most basic compounds related to cognitive improvement is simply undignifying.

• Glutamine (or L-glutamine hydrochloride) is a chemical compound that’s one of the most prevalent and abundant amino acids in our bodies. It’s usually used as the main compound in glutamine supplements for bodybuilders and professional athletes, as well as vegetarians or any people who practice a low protein diet and need to properly supplement their intake with some assistance.

I guess when Neuro Clarity was talking that it “creates a burst of energy” and helps the body adjust for better execution of any mental or physical activity, it was referring to this supplement. The thing is, this amino acid that’s already prevalent in our body doesn’t correlate with better cognitive function in any special way. For people who are not physically exhausted or vegetarian, they already have the normal and proper amount of this specific amino acid in their bodies; adding more of something you already have and don’t really need is more likely to be detrimental rather than helpful. As a footnote to disclosure this supplement, for the people who are going to find it a useful part of the Neuro Clarity composition, it’s not cognitive abilities improvement or clarity of mind they need, is amino acids related to inner protein metabolization. Why would you include something that’s more suited for a (protein based and physical activity related) dietary supplement rather than a nootropic one is beyond me, but let’s move past that 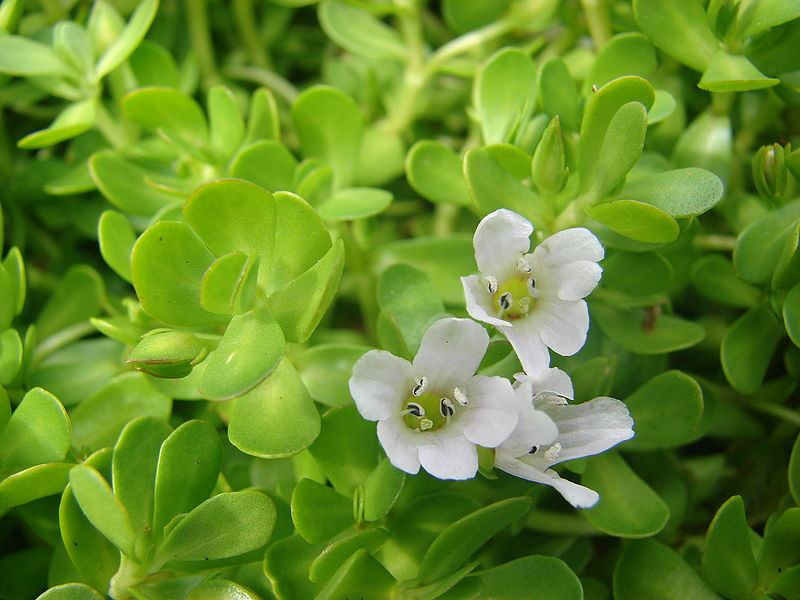 • Bacopa Monnieri is a herb mostly used for its extract which directly correlates with the reduction of cortisol levels (cortisol is the hormone which our body secretes when we’re stressed and its elevated levels can cause anxiety, weight gain, and even panic disorder development). While the addition of this compound to the formula is a genius idea, again, it doesn’t accent the selling point of this nootropic and the amount included in the product is extremely low, effectively being a placeholder substance. 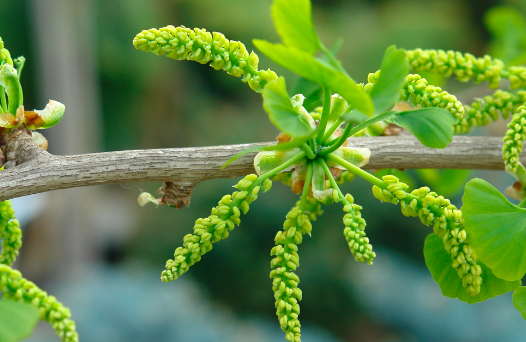 • Ginkgo Biloba is yet another staple of most nootropics that had originated in Chinese holistic medicine and has been proven to help with concentration, neurological decline, and general cognitive health. It’s a great addition and I’m happy to finally see some proper ingredient inclusion.

• Last but not least, of the main components, we have DMAE Bitartrate (or Deanol) which is a chemical that’s mostly used to treat ADHD. This chemical is essential for the production of choline (one of the main building blocks of the neurotransmitter acetylcholine) with the main purpose to prevent neurotransmitter function decline and proper heartbeat. While this compound has been clinically tested and proven to work, this again makes me wonder as to why it’s included in Neuro Clarity?

DMAE is a compound that’s been proven to work, but it’s usually a thing given to people who suffer from ADHD or elderly people suffering from a mental decline. For a nootropic that’s marketing itself as an “energizer”, having ingredients such as DMAE and literary all of the others mentioned above (except for the staple ones), it seems that they’re out of place. Neuro Clarity is a nootropic that maybe if it was marketed towards elderly people or people with some type of a mental decline or a chronic mental fatigue, the chemical components from which it’s made would make more sense, but as it is, these things are not only not “energizing”, they’re thoroughly not related to better cognitive functioning, and instead tower towards helping the prevention of the decline of the existing capabilities with more functional similarities to a dietary supplement rather than a nootropic. I’m so confused I don’t know where to start with the criticism, so I guess I’ll tell you about my personal experience with Neuro Clarity.

My Experience With Neuro Clarity

When I first got Neuro Clarity, I was somewhat hopeful that the nootropic will provide what it says it’ll do as besides working from home every day, I also exercise daily; as such, the idea that a nootropic with a dosage of one pill per day that’ll not only improve my cognitive capabilities to help me work more efficiently with better concentration and less stress but also provide an “energizing” feeling to help me do my daily cardio as well sounded amazing!

In less than a week, I already started to feel that something wasn’t right. Neuro Clarity had done nothing for me (except for making me dizzy!), even though I was taking the right dose at the same time a day. Deciding to take a second opinion, I talked to a few of my friends who were working on their either bachelors or master’s thesis and gave them a handful of pills to help me evaluate the effectiveness of the nootropic.

Two of the three friends to whom I gave a few Neuro Clarity pills to try out (who were studying medicine at the time) simply confirmed my opinion; the pill wasn’t effective. One of the friends was a vegetarian girl who even said that not only it did nothing, but caused her extreme stomach cramps (she was also familiar with the notion of nootropics as she had taken others before, so I took her judgment as valid). The last friend who was doing his Civil Engineering thesis at the time said that they made him “feel better”, but couldn’t pinpoint how. Having heard that from a person who has never taken nootropics before, I dismissed it most likely as a placebo effect, somewhat possible that he was in the small category of people for who Neuro Clarity might actually do some good. I continued to take the pills (even upped the dose to 2 pills a day), just to end up giving the leftover pills to the friend studying Civil Engineering before I even finished the bottle as he was the only one reporting any positive signs about the pills.

Again, if Neuro Clarity was marketed as a nootropic to help with mental decline prevention and targeted a different demographic, such as elderly people or chronically fatigued people, it might get a passing grade. As it stands, being marketed as an “energizer”, I can only rate its marketing as a blatant lie and its effects 2/5, working possibly for some people in a niche case at the very best. 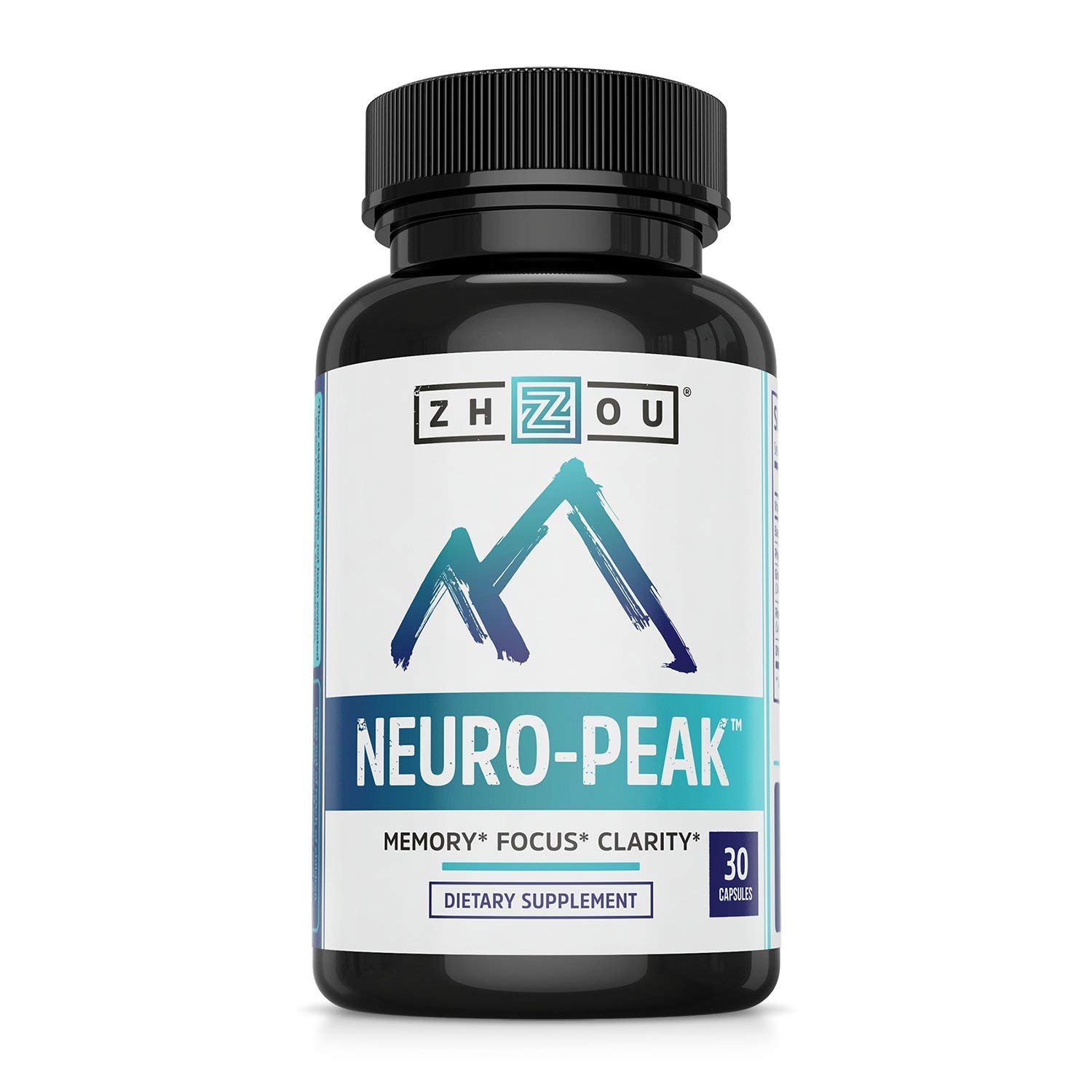 At first glance, you might be mistaken that Neuro Clarity and Neuro Peak are the same things. That couldn’t be further from the truth though and I know that because I tried and reviewed Neuro Peak already. In my personal experience, I would have to say that Neuro Peak was 100% more effective for me than Neuro Clarity. There were no nasty side effects and I actually felt like I got my money’s worth. Of course, results may vary for different people but if you want to an opinion then that is mine. 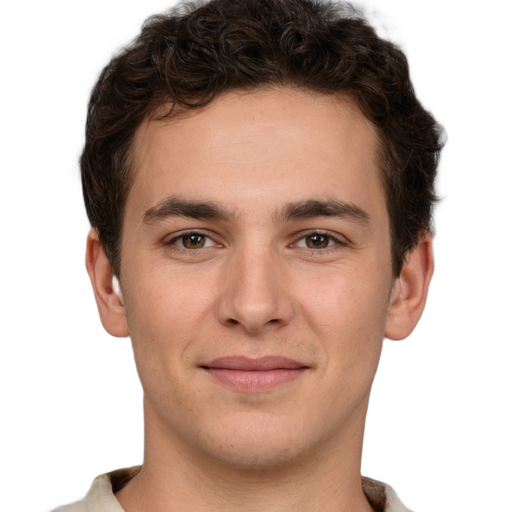